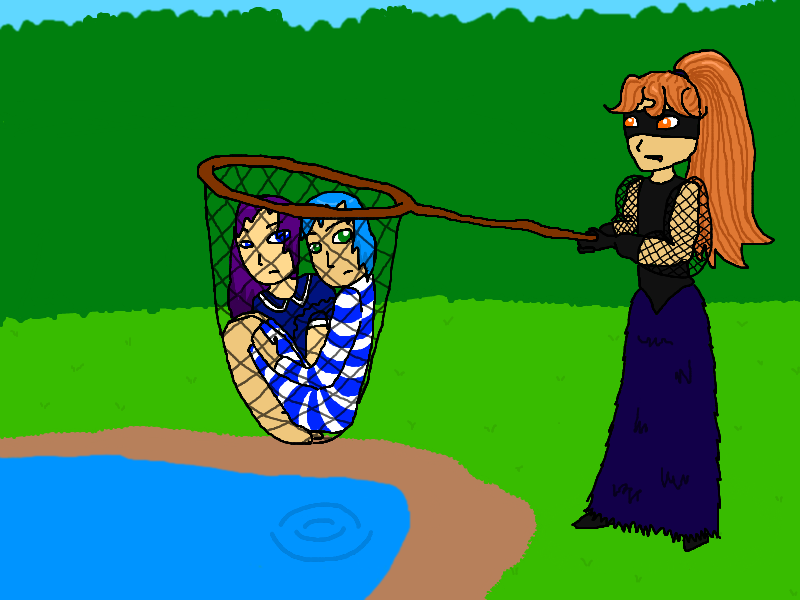 When I was a little girl  I thought up (but didn't publish) a Pokémon fanfic involving an Officer Jenny falling in love with a thief in some unspecified historical era. I've moved the basic story to the real world since then and some of my old character designs would no longer fit the (slightly) more realistic tone of the current story. So I decided to put them on the internet so someone else can use them. I redrew the characters in Paint.NET because I was too lazy to try to get my scanner to work. 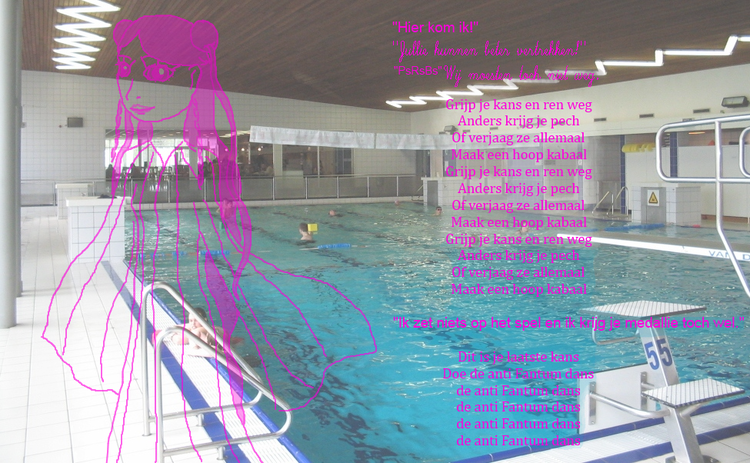 Another thing I drew as a kid and was too lazy to scan. I don't remember what the story behind this one was, though.
Photo of swimming pool: http://commons.wikimedia.org/wiki/File:Deburghgraevebad.jpg 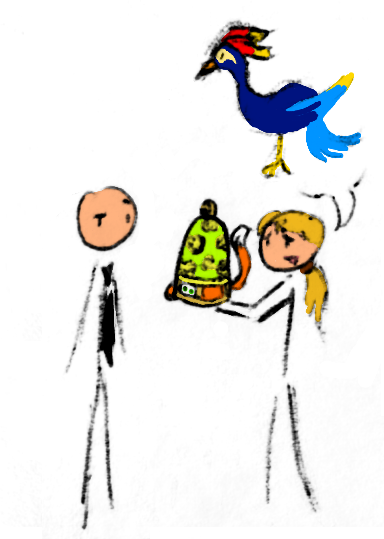 A while back I was doing this thing with a bunch of people where we all took turns saying one sentence to make a story. Before we started out we were shown a picture to give us some inspiration, but it was a character from a comic book which some of us knew more about than others so that got a bit weird. (All our stories turned into crack fics anyway.) So then I was inspired to draw a bunch of pictures of stick figures doing weird things which one could use for that.
In my head the gal with the ponytail is called "Mariska", but you don't have to keep to that. 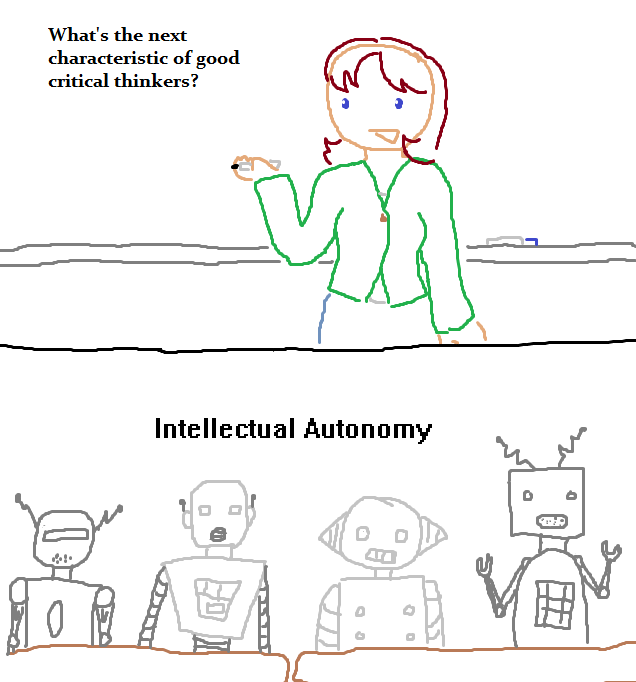 A year or so ago I went to college in the US for two semesters, and one of the classes I took was critical thinking. Hearing the whole class say "Intellectual Autonomy" in unison was a bit weird, though I guess it's better than not telling students to think for themselves and hoping they figure it out on their own. 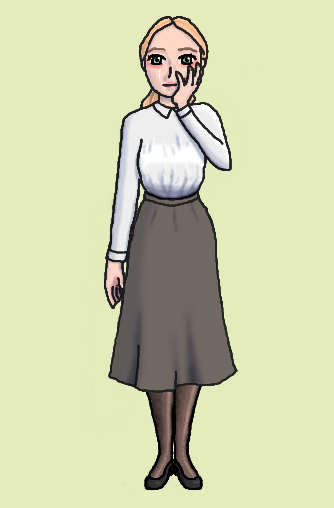 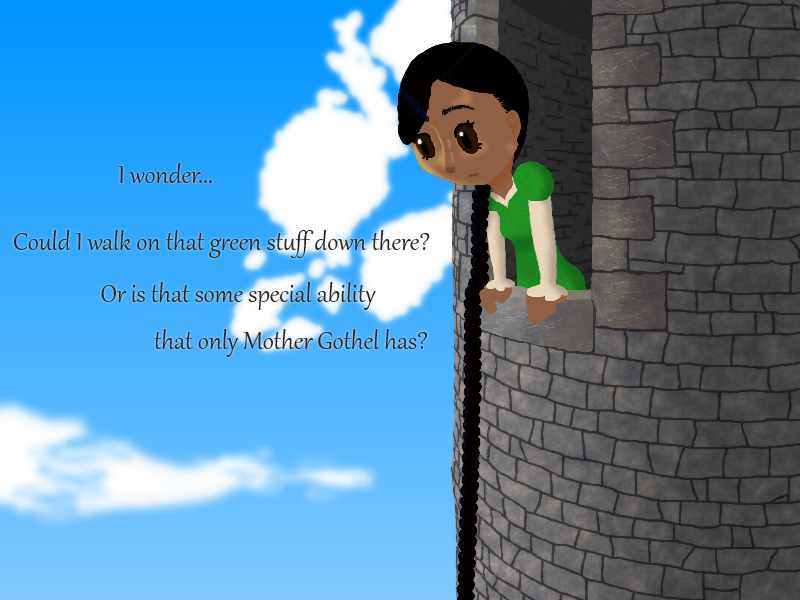 Well, this was a learning experience.
Past Me: Oh, hey, I just made these really spiffy looking clouds with just a few Gaussian blurs. I'd better make everything else look really spiffy to match those clouds.

Anyway, we all know the story of Rapunzel. Why didn't the silly girl just cut off her own hair and run off into the wilderness away from the person who's fed and cared for her since she was a baby when she has no way of knowing that other humans even exist? Oh, wait, I just answered my own question there, didn't I?

The real question we should be asking ourselves is: Why is the story set up so that the child raised in a tower is a girl and the person who comes across them while riding around in the forest is a guy, instead of reversing that or having them both be the same gender or something? Also, if she's only ever interacted with one other person until the Prince shows up and goes "Hey, I exist too, let's get you out of here." it makes the bit where the Prince marries her kinda messed up.

(The same goes for most fairy tales to a lesser degree. If Cinderella had left her step family before she hooked up with the prince she likely would have become homeless. Snow White, on the other hand, is an idiot. "Gee, the other two non-dwarf people who came by here since I moved in both tried to kill me. I wonder if I should eat this apple this total stranger gave me?")

In this version Rapunzel's birth parents are Roma, because I felt like it and to me at least it seemed to fit the story. (For one thing, in the real world non-Roma stealing Roma kids is a heck of a lot more common than the reverse.) I modeled her sleeves after the flowers of the plant called "rapunzel" in English. There is also a plant which is called "Rapunzel-Glockenblume" in German and "rampion" in English which has light purple flowers. (So yes, there is a reason why both Disney Rapunzel and Barbie Rapunzel have light purple dresses.) Both plants are eatable.

The contents of this page are licensed under a Creative Commons Attribution 3.0 Unported License.